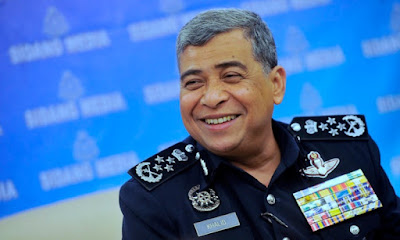 KUALA LUMPUR, Sept 3 — Tan Sri Khalid Abu Bakar will officially retire from service as Inspector-General of Police (IGP) at a ceremony to hand over duties to his successor at the Police Training Centre (Pulapol), here, tomorrow.

Khalid said his retirement tomorrow, which would be one day earlier than his birthday on Tuesday was decided by he himself.

“Yes, it’s true that I will be retiring tomorrow and my plan after this is to enrol in cookery class at the Malaysian Institute of Baking in Petaling Jaya,” he told Bernama.

Aiyoh, where can lah. How men. Who will be looking out for seditious ashes slipping into Malaysia?

But here's Ong Boon Hwa's chance to return to Sitiawan to rest his soul. 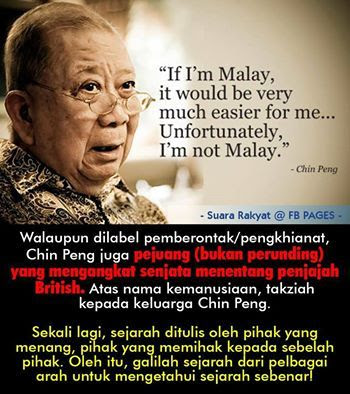 Now Heaven punishes him for an oath broken
Consigns him to utter shame and humiliation
Ignored by his 'faithful', he's truly heartbroken
But it's only Heaven's way of divine retribution

Related: I ain't no chicken farmer.