F**k TBH's family and forget what I did promise
I want to be be in Prince-City 'ere my retirement
Justice, integrity and honour I will give a miss
Stop dreaming I'd even care about sentiment 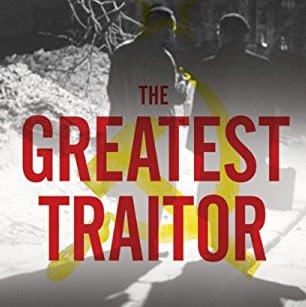 Posted by KTemoc at 9:35 pm No comments: 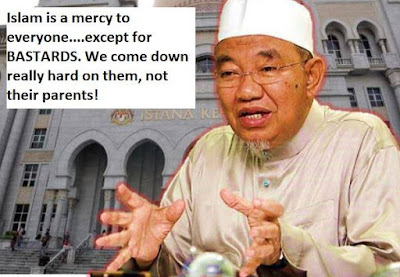 Deemed a bastard & consigned to being a bin Abdullah
A lesser human, one to be forever scorned as a mongrel
Feathered & tarred by cruel people, the dastardly mullah
To be jeered by society as one possibly born in a brothel


The Divine One looks from above, and shakes His head
At those who claim to be His clerics but sadly heartless
Who brazenly claim to talk for God above, so they said
But 'tween secular & clerics' laws, which's of darkness By their cruelty, their arrogance, he became a bin Mutt

Smeared forever, though for what purpose, I must ask
Branded as an illegitimate, the leper's mark is clearcut
Stigmatised, to prove he's innocent will be no easy task

Posted by KTemoc at 8:47 pm No comments: